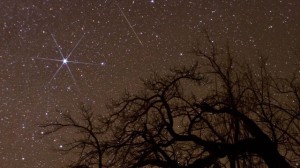 Our friend Keralee billed it as the “Night of the Shooting Stars.” Just because. It was a rollicking good time at Cary’s Lounge last night. Keralee & Eric opened as Bad Burrito, and they did a nice little set of acoustic tunes. Nice harmonies. And I swear Eric put me in the mind of Willie Nelson.

We were up second. Our set was tight, focused and cramped up on that little stage, but it was intense and cool. No hitches. A really solid performance. We brought our own P.A. and it definitely paid off. We know how to “dial it in;” the vocals were upfront and warm; my acoustic sounded full and resonant. Tim’s 5- string bass sports new Bartolini humbuckers, and his sound is bigger, fatter and even more thrilling. Rich was trying out a new snare drum and it fit in very nicely with his vintage Slingerland kit. Rich played with a controlled abandon. Carla sang with authority and she played her new bells, adding another dimension to some of our songs. All these subtle additions have big effects.

I also played my Mexican-made Fender Telecaster. It’s outfitted with Seymour Duncan pickups (Hot Rail and Little ’59). The last half of the set was electric, and we ripped it up a little bit on “Magnificent Bird,” “Inner Light,” “Nothing,”  “Soul Kitchen” and a rollicking version of “These Boots are Made for Walking.” A mix of originals, and covers from The Doors, Townes Van Zandt and Nancy Sinatra (Lee Hazelwood).  A wide spectrum!

We were followed by The Boneheads. It was a trippy, sort of a beat-nick performance, Bill on stand-up bass and Nancy and KC  Chronis declaiming in an extreme, hip, poetic mode. You had to be there for sure. Anyway, we all thought Cary’s was pretty cool. Nice room, stage in the window, looking out on Little India on Devon. Oh yeah, and the storm, don’t forget the storm. On the way to the show, lightening flashed sideways in the sky!  A Chicago r&r experience! – Jammer