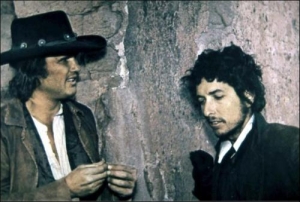 You think you want a veggie burger, or an Italian Beef, or a Herbal Tea but really, come on, take a moment to study the menu and decide “what kind?” Jerry’s Sandwiches lives up to it’s “cosmic” billing. And when you think “cosmic,” think an over-stuffed universe of choices. And in this cosmos you can’t really go wrong. Red Velvet Cake?! Yes. Divine.

We played Jerry’s last night, part of  our flurry of July shows. It’s been great for the band to play a string of shows in such a short time. Turns out the more we play, the “better” we get, although I can’t really explain what “better” really means.

I love making music with these people. And the folks who took the time to give us a listen seemed to really listen. I broke a string (as usual), it’s almost required now, part of the act, but I switched to another guitar without a hitch. And well what was the highlight for me? A guy told me I looked like Kris Kristofferson. I think he meant the grizzled, weathered, beat one, the Kristofferson of NOW, not the guy who played Billy the Kid in Sam Peckinpah’s great epic western. But I think I’ll go with the “Pat Garrett and Billy the Kid” era one! – Jammer