Our favorite radio DJ in the Universe is Lord Litter, broadcasting out of Berlin, Germany. He has 2 shows, one on Radio Marabu, and one on KWTF in California. His radio show is called Lord Litter’s Magic Music Box.

It is a cool, unique show. You will hear music you don’t hear anywhere else. Including whitewolfsonicprincess! Yes, Lord Litter has been playing songs from our album 10+1 for the last few months.

It is so gratifying to find a renegade sonic pioneer like Lord Litter. His shows always feature unique, challenging, out of the box music. So happy to be included in that club! Check it out! Our song “Sad-Eyed Prophet Reprise” is featured smack dab in the middle of the show. 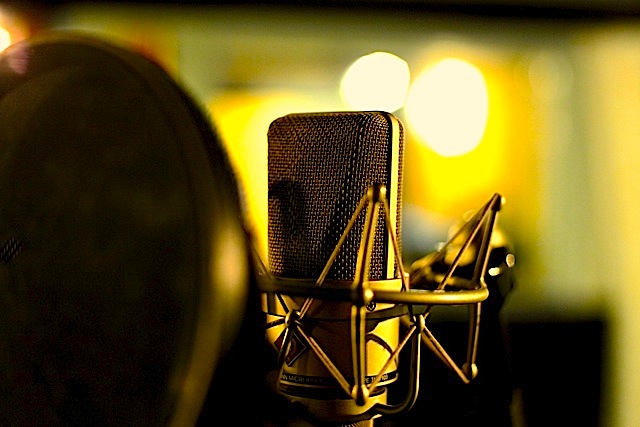 We recorded a slew of new songs over the weekend at Victor Sanders’ Chicago studio.  It was an intense experience. It was just the core band – guitar, bass, drums, with Carla on “guide” vocals. Two 4 hour sessions spread across Saturday and Sunday afternoons. We laid down basic tracks for 14 or 15 songs. Some of these songs we know well, we’ve played them out live over the last few months, and some are really, really new.

Not sure what we have, we will be listening over the next few weeks, but it felt like we captured some cool sounds. We worked with Victor on our debut CD, and that experience was super-positive, and we all know each other even better this time around. We are trying to capture an organic, live, band sound: big, bold drums, a fat, powerful bass, a warm, lively guitar and silky vocals.

Victor’s studio is cozy; we played together live in a little room, with Carla behind glass. We all wore headphones, we were simultaneously together and isolated in our own worlds. The music was the meeting place! Music was all around us. And the sounds were slightly different depending on where you heard them: in the studio, in the headphones, in the control room.

There is an ease and simplicity in some of our new songs which I hope comes across. I learned this time around that simple can be powerful. Trust the note, trust the words, trust the sound. Quiet and soft can actually be big and powerful. I also learned that “silky” beats “honky” every time.  Little gestures can have seismic effects.

Now it’s up to the songs to stand up and demand to be counted. Which songs will emerge? And did we capture the band in peak form? Did we catch the “vibe” the “feel” the “groove?” Did we capture any moments that transcend the moment? We shall see… – Jammer

We look at the world, and we do our best to see it as it is; at the same time, we envision a more enlightened reality. The first track on our disc 10+1 is called “Radio Man.” It swings, it moves, it sets the tone for the disc.  A change of consciousness comes in a flash, a flutter of a wing, a blink of an eye; instantaneous: no space, no time. Change a Mind/change a Universe. All in one fell swoop. And the damaged ones?  They can heal themselves, and they can heal others too. “Maybe, maybe, maybe, the bandaged hand can heal the dove…” – Jammer

When it came to working in the studio to record our CD 10+1, we brought in some examples of records we loved, records we listened to over and over, records we could play without wearing them out, without tiring our ears.  We wanted a record to use as our sonic template. Cat Power’s “The Greatest” was our number one choice. There’s something about the warm sound of the bass and the drums, about how the guitar and keyboards are layered, and how they all provide a great sonic foundation for Chan Marshall’s soulful vocals. Chan Marshall assembled an amazing band of Memphis musicians to create a joyful noise.  The sound is lush, dense, airy, and alive.  That was our target.  It’s good to have a target. – Jammer